This year’s American Society of Hematology (ASH) meeting provided a bittersweet update on the progress of JAK inhibition therapy in the MPNs. As many readers already know, the Sanofi JAK inhibitor, which had completed Phase 3 trials and was well on its way to the FDA for approval, has been removed from the clinic. This disappointing news was accompanied by optimism however, for the next generation of inhibitors.

Apart from news of this class of drugs, several groups reported on new potential therapies that would work alone or in combination with a JAK inhibitor. Finally, there were several exciting new basic research discoveries, with the most notable being the discovery of a mutation in a gene encoding a protein named Calreticulin in the vast majority of ET and PMF patients who lack a JAK2 or MPL mutation.

Although JAK2 mutations were discovered 7 years ago, and MPL mutations soon thereafter, the genetic changes associated with JAK2/MPL negative cases of the MPNs have remained elusive. At this ASH meeting, the laboratories of Dr. Kralovics (with support of the MPNRF) and Dr. Green reported mutations in Calreticulin (CalR) in the vast majority of JAK2/ MPL negative ET and PMF cases. CalR is as an endoplasmic reticulum chaperone, proteins that control the stability and folding of other proteins in a cell. While it remains unclear how the mutations lead to MPNs, Kralovics and colleagues showed that a mutant form of CalR could confer cytokine hypersensitivity and increased STAT5 phosphorylation, perhaps in some ways analogous to activated JAK2 and MPL signaling in other MPN cases. There are a few differences in the studies that will likely be resolved in the coming year. For now, researchers are investigating how the mutations drive the disease and ways to inhibit the activity of the mutant protein. Click here to read the report from NEJM.

Preclinical insights into novel therapies
Apart from JAK and telomerase inhibition, several groups reported other targets that may provide novel and effective therapies for the MPNs. In one report by Dr. Levine, inhibition of the hedgehog signaling pathway, which is activated in MPN patients, with a small molecule under development by Novartis (LDE225) enhanced the anti-tumor activity of ruxolitinib in a mouse model. In another study, Dr. Wen and colleagues demonstrated that targeting aurora kinase A, which leads to maturation of megakaryocytes, proved effective in both the MPL and JAK2 mouse models as well as MPN patient samples. Finally, Dr. Li (funded by the MPNRF) reported that targeting Alox5, an enzyme that is involved in inflammation, attenuated PV in the JAK2 mutant mouse model.

Insights into leukemic transformation
Tsuruta-Kishino and colleagues reported that loss of the tumor suppressor p53 cooperates with JAK2 V617F to promote leukemic transformation of MPN to acute leukemia. Importantly, data from Dr. Levine’s group confirm this finding and further demonstrate that p53 loss is a frequent event in patients that transform to AML. These and future studies of the factors that promote leukemia transformation are a critical area of research that may lead to new strategies to prevent this progression.

RUXOLITINIB (Jakafi; Incyte): Dr. Mesa provided the 3-year update of patients in the COMFORT-I trial. The results show that ruxolitinib continues to show efficacy in reducing the constitutional symptoms in patients with myelofibrosis, including a durable spleen response. With respect to safety, there were no changes in the severity or rate of adverse events, although the incidences of grade 3 or 4 anemia (red blood cell deficiency) or thrombocytopenia (platelet deficiency) decreased with long-term therapy. Approximately 50% of patients in the Phase 3 study remain on the drug.

FEDRATINIB (SAR302503; Sanofi): Dr. Pardanani presented Phase 3 data for fedratinib use in myelofibrosis (JAKARTA study). The study met its primary and key secondary end points with the drug showing significant improvement in splenomegaly and constitutional symptoms as compared to placebo, but little change in the JAK2 mutant allele burden. In Dr. Harrison’s presentation of the JAKARTA 2 study, fedratinib was shown to be effective in patients who were resistant or intolerant to ruxolitinib treatment. Unfortunately, several patients developed serious neurological side effects, most closely resembling Wernicke’s encephalopathy, a syndrome characterized by confusion, memory loss and imbalance among other symptoms. Due to these adverse events, Sanofi has suspended all clinical studies and has discontinued development of the drug.

The finding that fedratinib showed efficacy in patients that were resistant or intolerant to ruxolitinib provides a compelling rationale for other companies to continue to develop new JAK inhibitors. Although this enthusiasm is tempered by the serious neurological complications of fedratinib, there is optimism that other agents will come to the clinic.

MOMELOTINIB (GS-0387 formerly CYT387; Gilead): Dr. Pardanani provided an update on the development of this JAK inhibitor. Momelotinib provides a durable spleen response, but more importantly continues to show the ability to confer transfusion independence to a substantial number of patients: in this study 68% of patients who were transfusion dependent achieved independence. The drug also showed efficacy in a small subgroup of patients who failed or discontinued ruxolitinib. The phase 3 study, which randomizes patients to momelotinib versus ruxolitinib treatment, is now open.

PACRITINIB (SB1518; Cell Therapeutics): Results from a phase 2 trial of this dual JAK2/FLT3 inhibitor, led by Dr. Verstovsek, showed that the drug was well tolerated, with primarily modest gastrointestinal (GI) toxicities. Pacritinib therapy led to a significant reduction in spleen size and was equally effective in patients with <100,000/mL platelets. A phase 3 study is currently recruiting patients.

BMS-911543 (Bristol-Myers Squibb): Dr. Pardanani described the results of a phase 1/2a study of this selective JAK2 inhibitor in myelofibrosis. Similar to other JAK inhibitors, BMS-911543 induced rapid improvement in constitutional symptoms and splenomegaly. The drug was also effective in patients who were previously treated with a different JAK inhibitor. With respect to safety, the most common drug related adverse events included anemia, neutropenia thrombocytopenia, and nausea. There was a modest decrease in JAK2 mutant allele burden in some patients.

LY2784544 (Lilly): This is a JAK2 selective inhibitor that reportedly shows dose dependent selectivity for JAK2 V617F signaling. Dr. Prchal presented data from a Phase 1 study of LY2784544 in patients with PV, ET or MF. Improvements in constitutional symptoms and spleen size were seen in greater than 50% of patients. Overall, the drug was well tolerated, with GI and hematologic toxicities. There was an improvement in bone marrow fibrosis in some patients.

INCB039110 (Incyte): Dr. Mascarenhas presented data from a Phase 2 of this JAK1 inhibitor in myelofibrosis. Since JAK1 mediates cytokine signaling and growth factors that are implicated in myelofibrosis, it may be another useful target for therapy. The drug was well tolerated and provided an improvement in spleen size and constitutional symptoms. Importantly, INCB039110 preserved mean hemoglobin levels. This suggests that it may be a feasible alternative to a JAK2 inhibitor.

Telemorase Inhibitors
Dr. Tefferi presented data from a single center phase 1 study of Imetelstat (Geron Corporation), a telomerase inhibitor, in myelofibrosis. Unlike the small molecule JAK inhibitors, Imetelstat is a lipid-conjugated oligonucleotide that binds telomerase, an enzyme that repairs the ends of chromosomes during cell division. In the study of 33 patients, with 22 patients included in the efficacy analysis, four patients met criteria for complete remission and a fifth met criteria for partial remission. Of note, the complete responders displayed reversal of bone marrow fibrosis and 2 patients had evidence of molecular remission. Several patients became transfusion independent and others showed reductions in mutant allele burden. Toxicities included neutropenia (neutrophil deficiency), thrombocytopenia and anemia in a subset of patients. At the time of the presentation, 73% of patients remained on the trial. This study is exciting because it suggests that Imetelstat, unlike JAK inhibitors, may have significant disease altering activity.

Other Therapies
Given that JAK inhibitors do not cure patients, there is a rush to develop second agents that have disease-altering activity alone or when used in combination. These second agents include histone deacetylase, HSP90, Lox, and PI3K inhibitors. Furthermore, a recombinant protein named PRM-151 (Promedior) is under development as an anti-fibrotic agent. 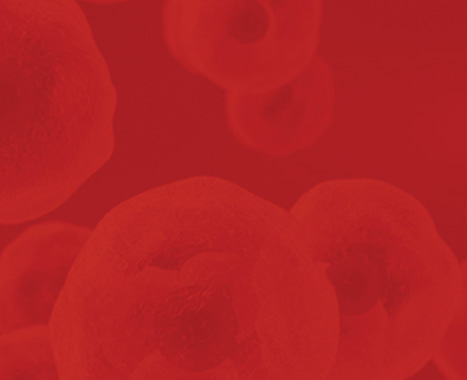