"My normal was 3-4 times a year. My body was so busy fighting the foods that were hard on it that it couldn't fight off cold viruses. Now I just need my stamina back, but I'll take what I've got so far!"

I’m 53 years old today. My story with PV started January of 2012 when the auras (AKA optic migraines) I was experiencing came to a peak. A little background: I am an avid exerciser, having walked 3 legs of the Portland to Coast marathon twice, and 3 times a week I take aerobics and body sculpting classes. I also do heavy weight lifting to keep my back strong. I work in the medical field and see patients. I’m on my feet a lot!

I first noticed symptoms when I experienced a strange sort of vertigo. Because of this and some previous viruses I had suffered, I decided to see my PCP for a check-up. It had been years since I had my triglycerides checked so I asked him to have them drawn as well, although I was not too concerned as the previous levels had only gone from 124 to 134 in 10 years. My diastolic blood pressure was a bit high at 98 but he thought it a “red herring”. The next day, en route with my family up to the mountain cabin, the doctor’s office called quite urgently asking me to come in to the office right away for a phlebotomy (huh?!) and an ultrasound of my spleen and liver. My hematocrit was 69 and hemaglobin 22!

We soon discovered from an old lab that my hematocrit and hemaglobin were elevated as far back as 2008 but the doctor who ordered it had never alerted me. My first of 11 phlebotomies started February 22nd. As a result of the first phlebotomy, the pressure in my head completely disappeared. For 12-18 months prior I had thought I was having head pressure due to the new computer program being instituted at the hospital but realized it was the PV. I’d been experiencing blood shot eyes for the past year but made nothing of it, but that went away with the phlebotomies as well. The optic migraines disappeared and my diastolic BP dropped some as well. Before the phlebotomies were started, my intraocular pressures were also unusually high at 22 and 23. Those numbers also went down with the phlebotomies. As we continued with the blood lettings, my platelet counts soared to 1.1 million 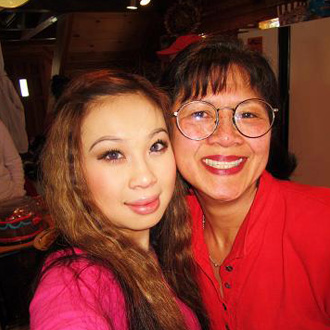 Around the same time I started phlebotomies I started taking hydroxyurea. The combined treatments wiped me out. My counts were still well above normal, but my body was used to having a much more abundant supply of oxygen. I found I kept stopping during workouts to catch my breath and count my heart rate…which soared to the 190’s at one point! Also, my spleen and liver, which were only slightly enlarged, were now at normal size.

Almost two years have passed and I still get tired at times and with my platelets at the normal levels, but I no longer suffer from the hematomas like I had been. I’m concerned at the prospect of hydrea causing leukemia down the line, so my doctor, my husband, and I have been considering lowering the dose and scheduling some regular phlebotomies.

I guess there are worse ailments but if I am to go on working another 10 years in a busy hospital, I can’t afford the all-of-a-sudden fatigue without compromising my patients’ care. I get tired of being tired unexpectedly and liked how I felt with more blood on board. As long as we don’t let it get too high, I’d like go back to “my normal”!

I’d like to mention that another positive side effect was that we sought out the help of naturopaths and others to eliminate possible causes of the blood mutation. In doing that, I did some electrical testing and got rid of foods that slowed the electrical flow through my body….wheat, barley, rye, gluten free oats, oranges, etc. Now, you have to know, I love food and never experienced any discomforts from any of them, all kinds so this was hard but guess what? No virus, cold or flu for the past 15 months. My normal was 3-4 times a year. My body was so busy fighting the foods that were hard on it that it couldn’t fight off cold viruses. Now I just need my stamina back, but I’ll take what I’ve got so far!