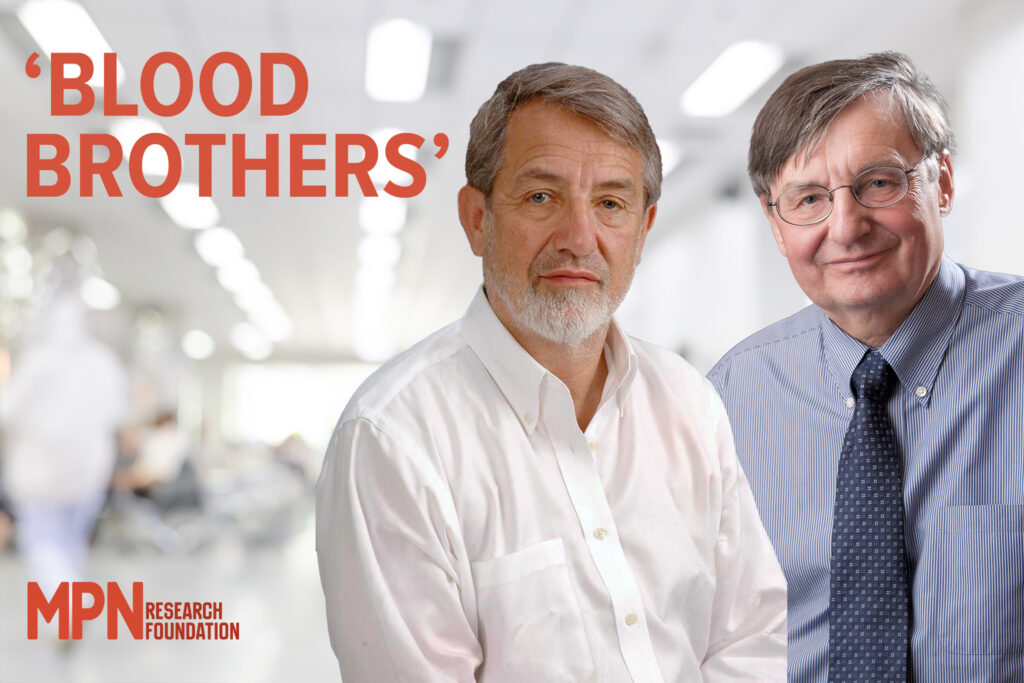 Growing up in Czechoslovakia four years apart, Josef and Jaroslav Prchal didn’t always agree on things. And that’s still true today. Yet, independently and together, these two physicians/scientists have made practice-changing marks on the global red blood cell landscape — and particularly on polycythemia vera (PV) − both in the research laboratory and medical clinic.

Jaroslav (Jeff) Prchal, MD, PhD, and Josef (Joe) Prchal, MD, went to medical school and began their early research careers in Prague as medical students. When the Russians invaded in 1968, they took separate physical routes to leave their homeland, each following their shared interest in disorders of blood and stem cells to different parts of North America.

Joe, professor in the Division of Hematology and Hematologic Malignancies at University of Utah, continues his now world-renowned blood cancer research through the Prchal Research Lab in Salt Lake City. And he still makes time to see patients, with a specialty in myeloproliferative neoplasms (MPN) and rare red cell diseases.

Jeff, as a young physician-scientist at University of Toronto, is credited with the seminal discovery of first growing red blood cells in the laboratory flask, working with his mentor, Dr. Arthur Axelrad. Jeff was developing an assay for polycythemia vera when seeing a suspected PV patient gave him the opportunity to test his scientific system to evaluate the presence or absence of the blood disorder, using his own bone marrow as a control. This led to the first specific, accurate test for PV, still used today.

This discovery of the specific characteristics of PV bone marrow provided the foundation for demonstration some 30 years later, in the Paris lab of William Vainchenker, that these unique behaviors in PV depend on an abnormal JAK2 protein.

Jeff is now the head of the Oncology Department at St. Mary’s Hospital Center in Montreal. He closed his research lab in the 90’s to focus on clinical care and administration. This discovery of the specific characteristics of PV bone marrow provided the foundation for demonstration some 30 years later, in the Paris lab of William Vainchenker, that these unique behaviors in PV depend on an abnormal JAK2 protein.

With such parallel careers, it is natural to ask if they ever worked together. The brothers’ initial responses: Joe says ‘no’ while Jeff says ‘yes.’ Both are technically correct. Joe quickly adds that “he has greatly benefitted from Jeff’s formative initial discovery and technical expertise,” confirming that they have collaborated both formally and informally numerous times over the years.

When, for example, Joe found that some of his patients were incorrectly diagnosed as having PV, including by well-respected hematologists, Jeff flew to his lab in Birmingham Alabama to help investigate. He taught Joe’s lab how to grow red cells in test tubes, and in the process identified a different blood disorder in these patients, with similarities and distinct differences to PV. Together they established that unlike PV, this other disorder was from an inherited defect, rather than one acquired.