What is the MPNRF Interferon (IFN) Initiative?

In the age of modern medicine, the idea of an incurable disease is a tough pill to swallow. Such is the case with myeloproliferative neoplasms (MPNs), which affect hundreds of thousands of Americans each year. Fortunately, there’s hope in sight thanks to interferon, a drug that’s gaining traction as a treatment and possible cure.

Who benefits from the Interferon Initiative?

In short, the initiative benefits people living with MPNs, an umbrella term for a group of progressive blood cancers for which there is virtually no known cure. MPNs often involve a tendency toward blood clotting and bleeding, organ enlargement, and bone marrow scarring among other symptoms. The MPNRF Interferon Initiative is working with leading medical experts and providing $1.5 million to more thoroughly explore interferon, a drug that could potentially lead to more treatment options for MPN patients.

Interferon is nothing new. In fact, it exists naturally as part of the body’s immune system. Laboratory-made interferon has been used to treat viral infections for decades. While new medications have replaced interferon in most of its past uses, interferon is currently the only treatment that provides disease-altering effects for MPN patients. In its current form, however, interferon is far from being a magic bullet for treating MPN and its symptoms.

Where are we in the process of researching this treatment?

Though interferon can reduce symptoms and, in some cases, reduce the occurrence of mutated stem cells, it’s effective for only a limited period of time — at some point, interferon stops working, and we’re still not sure why. For some unknown reason, some patients can’t tolerate the drug at all. To further complicate matters, interferon is used off label and is not FDA-approved for the treatment of MPN patients, which makes it less accessible to patients who may need it. Still, the research community is making progress in developing a form of interferon called Ropeginterferon which is specifically designed to treat MPNs. It has recently been approved in Europe, and we can hope that the United States is close behind with the drug currently in advanced clinical trials.

When will interferon treatment be widely available?

Several obstacles must be addressed in order to make interferon readily available to the people who need it. We must first gain a better understanding of the drug and of MPNs themselves, and we must first provide sufficient funding to make this research possible. The more thoroughly we understand interferon and the more we address its shortcomings by developing a better form of the drug, the closer we’ll come to gaining FDA approval. Until we do this, interferon will remain difficult for many MPN sufferers to access.

Why should you donate to MPNRF?

Without the generosity of our supporters, we wouldn’t be able to fund efforts like the Interferon Initiative, which is providing new hope for people living with MPNs and their loved ones. And your dollars don’t just propel interferon development — the better we understand how interferon works, the better we’ll understand the diseases it’s meant to treat.

We’re thinking big, and it’s going to take big steps forward to improve the prognosis for MPN sufferers worldwide. Join us in blazing this trail as we fight for better treatments for ET, PV, and MF patients. 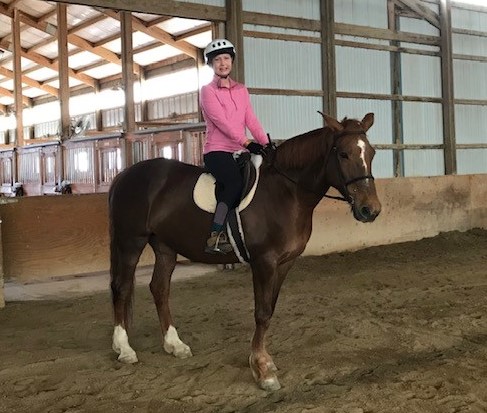