The MPN Research Foundation (MPNRF),  with support from The Leukemia & Lymphoma Society (LLS) are proud to announce The 2017 MPN Challenge, a grant program whose objective is to change the trajectory and ultimate prognosis for patients with myeloproliferative neoplasms (MPNs), including MF, PV and ET.  This program represents an important partnership between MPNRF and LLS, who share a mission to advance the scientific understanding of MPNs and bring new treatments and the hope for a cure to patients with these rare diseases.

Myeloproliferative neoplasms (MPNs) are a closely related group of hematological malignancies in which the bone marrow cells that produce the body’s blood cells develop and function abnormally.  The three main myeloproliferative neoplasms are Polycythemia Vera (PV), Essential Thrombocythemia (ET) and Primary Myelofibrosis (MF or PMF).  The MPNs are progressive blood cancers that can strike anyone at any age, and for which there is no known cure.  In some patients MPN terminates in conversion to acute leukemia (particularly AML).

In recent years, the MPN community was encouraged by the discovery of the JAK2V617F mutation found in almost all PV patients, and about 50% of ET and MF patients.  This first discovery of a genetic mutation that relates to the MPNs ignited a quantum leap in the level of discourse and inquiry into the genetic causes of these diseases.  Many resources were directed towards inhibiting the constitutive activity of this mutant JAK2, with the expectation that a successful drug would provide an important new treatment option.

As a consequence of this research, a number of JAK2 inhibitors are currently in clinical trial(s) and one (Jakafi) has been approved by the FDA for MF and some cases of PV.  To date these drugs have demonstrated significant benefits in reducing many constitutional issues (such as enlarged spleen), and with longitudinal studies now underway, may in the future demonstrate a positive impact on disease survival.  Additional genetic mutations have been found in some MPN patients (including the exciting discovery of the CALR mutation late in 2013), and are contributing further to our understanding of the genetic complexity of the MPNs.

As patient advocacy organizations, MPNRF and LLS receive many calls and emails from MPN patients, and over many years we recognize common threads.  Patients with MF, PV and ET have concerns about symptoms, treatment options, and quality of life, but their most pressing concern is prognosis – will my disease progress, will I get MF, will I convert to AML?  Our most harrowing calls are with MF patients, who face the bleakest prognosis and the greatest fears.

The emergence of new treatments for MPN patients is encouraging, but until there is proof that these emerging treatments actually change the course of these diseases, these fears will remain.  We at MPNRF and LLS seek to change this future, and we believe a focus on new approaches towards MPN research can change the trajectory of these diseases.  We seek the help of independent researchers who can join us in an attempt to achieve that goal.

In 2011 the MPN Research Foundation and the Leukemia & Lymphoma Society initiated the MF Challenge, a grant program focused on the cause and potential elimination of bone marrow fibrosis in MF patients.  We began this program because in spite of the current level of activity in MPN research, there were important questions that remained unanswered, and the most urgent were those associated with MF, the most virulent of the MPNs.

In 2012 and in 2013 the MF Challenge awarded 8 Concept Grants aimed at bringing new ideas, approaches, and investigators to the subject of bone marrow fibrosis.  However, with increasing numbers of researchers focusing on fibrosis and potential combination therapy, we recognized the need to expand the MF Challenge to other unanswered questions in MPN research.  Therefore, in 2014 we renamed our program The MPN Challenge, and while continuing to solicit proposals on fibrosis, we are also looked for applications in other critical areas related to all of the MPNs.

In 2014, the MPN Challenge awarded 10 one-year grants of $100,000 each – a single-year high water mark for this program and for the MPN Research Foundation.  In 2015, the program awarded five two-year grants, along with extensions to 4 of the grants awarded in 2014.

In 2016, we did not issue an RFP for new grants.  Instead, we took time to reflect on past granting strategies and to identify goals and strategies for the future.  As a result of this reassessment, the Foundation has begun to develop an MPN Patient Registry, and is in the early stages of planning two special projects which will be addressed outside of this RFP (one on interferon mechanism of action, and the other on tracking markers of MPN progression).

The 2017 MPN Challenge RFP (as described below) will continue to seek additional new avenues for MPN research and to encourage investigators both within and outside of MPN research to apply new ideas and new technologies to the understanding of MPNs and their potential treatment.

In November 2016, the MPN Research Foundation convened a group of scientists from both academia and industry to discuss the unmet needs in MPN research, as a guide for future grant programs.  This diverse group of current MPN Challenge grantees, academic scientists and representatives of companies currently involved in MPN treatment development held a lively interchange which resulted in the following list of focus areas for the 2017 MPN Challenge.

The primary goal of the MPN Research Foundation’s research strategy is to understand and control the progression of the MPNs from chronic to life-threatening stages.  In order to do that, we believe our focus should be the elimination of the mutant stem cells which promote these diseases.  In our recent discussions with grantees and advisors, we understand there are three ways to approach this goal:

In addition to these 3 topic areas, MPNRF will accept/review any other proposal aimed at more clearly understanding the pathogenesis and progression of the MPNs.  Although proposals for potentially paradigm-shifting basic research will be considered, the MPNRF’s research grant funding priority is to support meritorious projects that are most likely to favorably impact the course of disease and quality of life of MPN patients specifically. All proposals received will be initially reviewed by MPNRF Scientific Advisors and then reviewed by a peer review panel selected for this RFP.

We have learned in the first years of the MF/MPN Challenge that single-year grants are often not long enough to fully investigate a new avenue of research, resulting in many requests for extended funding. Therefore, beginning in 2015, we will award two-year grants of $100,000 per year. An extensive review of each project after completion of the first year will be aimed at optimizing overall progress through collaboration or resolution of any project obstacles. Towards the completion of the second year, an assessment of overall progress and potential next steps towards translation will be performed jointly by Foundation scientific advisors and grantees.

The MPN Research Foundation and The Leukemia & Lymphoma Society are committed to moving the results of basic and translational research to MPN patients.  To that end, we include in our contracts with the institutions of our awardees Intellectual Property language meant to ensure that no critical results are left without productive follow-up.  Should your proposal be selected for an award, we will provide you with this language and ask you to work with your grant office to achieve a timely agreement on these provisions.

Applicants should prepare a grant application following the format described below and email this full proposal to the MPN Research Foundation no later than April 3, 2017.  Please title the PDF or Word file as follows:  Last Name(space)First Name(space)2017.  The proposal should be emailed to the attention of Michelle Woehrle at mwoehrle@mpnresearchfoundation.org. 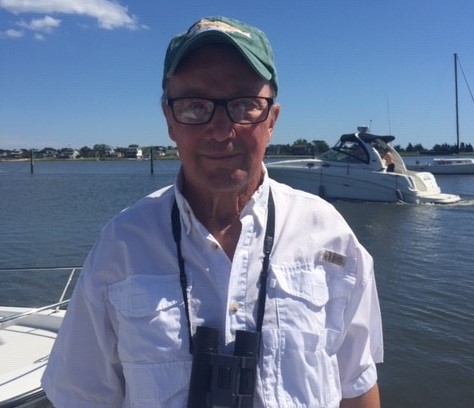